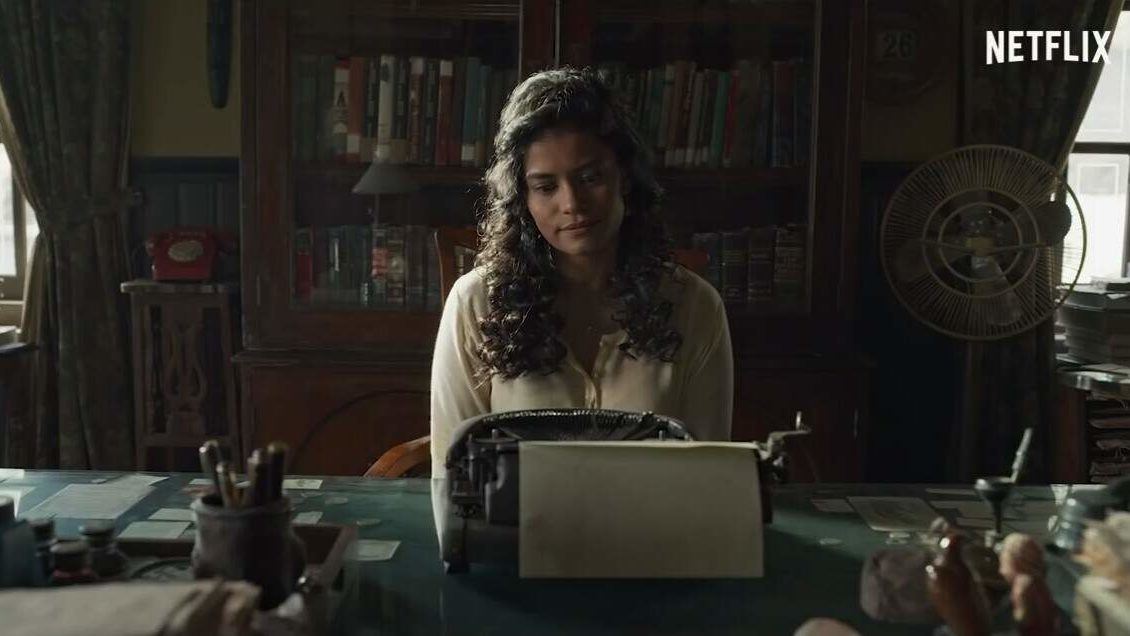 Netflix has released its horror drama Typewriter on Friday, Jul 2019. It was directed by Sujoy Ghosh and Co-written by him & Suresh Nair. The series is Netflix original content from India and it is the second horror drama released by Netflix India after Ghoul which is released last year.

The series starts with the scary haunting scene followed by consecutive death scenes of Madhav Matthew’s death who is a famous writer on writing ghost novels who lived with his granddaughter in a Bardez villa at Bardez, Goa in 1983. Cutting up to the present day, the three kids Sam, Bunty & Gablu- are bunking their school to have Ghost Club”in the old boathouse. They were obsessed with ghost, especially Sam. The Main agenda of their ghost group is to capture or Witness a ghost that was discussed as earlier about a book named “Ghost of Sultanpore”. Which was the last book written by Mathew before his death. They believed that the Ghost of Sultanpore was still in the Bardez villa because it was left abandoned after the death of Madhav Mathew.

On the other side of these happenings, a family from Mumbai moves to Bardez villa who was Jenny, Mathew’s Granddaughter left the town after her grandfather’s death. Jenny moves to Bardez villa along with her husband (Peter) and also her two kids Anya & nick. After the return of Jenny, the villa things got really messed up with the death of three people around the villa. Who were connected directly or indirectly to Bardez villa. The mystery gets more thrilling along with the episode pass by.

Did the kid see or catch any ghost…!

What is “Ghost of Sultanpore” is so famous why the kids are obsessed with it..!

What did Jenny do with the murder…..!

What does a Typewriter do with the series…...!

So there, it is unlikely to put out all the plot and sequence in here. If you want to know the answers for above questions, then go find yourself to watch the series in Netflix…...!

The Indian version of stranger things

The series got five whole episode with 45 – 50 minutes each. While watching the series, we felt that the series kind-off give a stranger thing vibe. Because of the kidservice “Ghost Club” and their investigation about Bardez villa. Moreover, figuring out things that happened to them by referring “Ghost of Sultanpore” book written by Madhav Mathew. These thing make us feel that Typewriter may be the Indian version of stranger things.

If you are in search for mini-series to spend your 5 hour worth watching, we strongly recommend Typewriter.