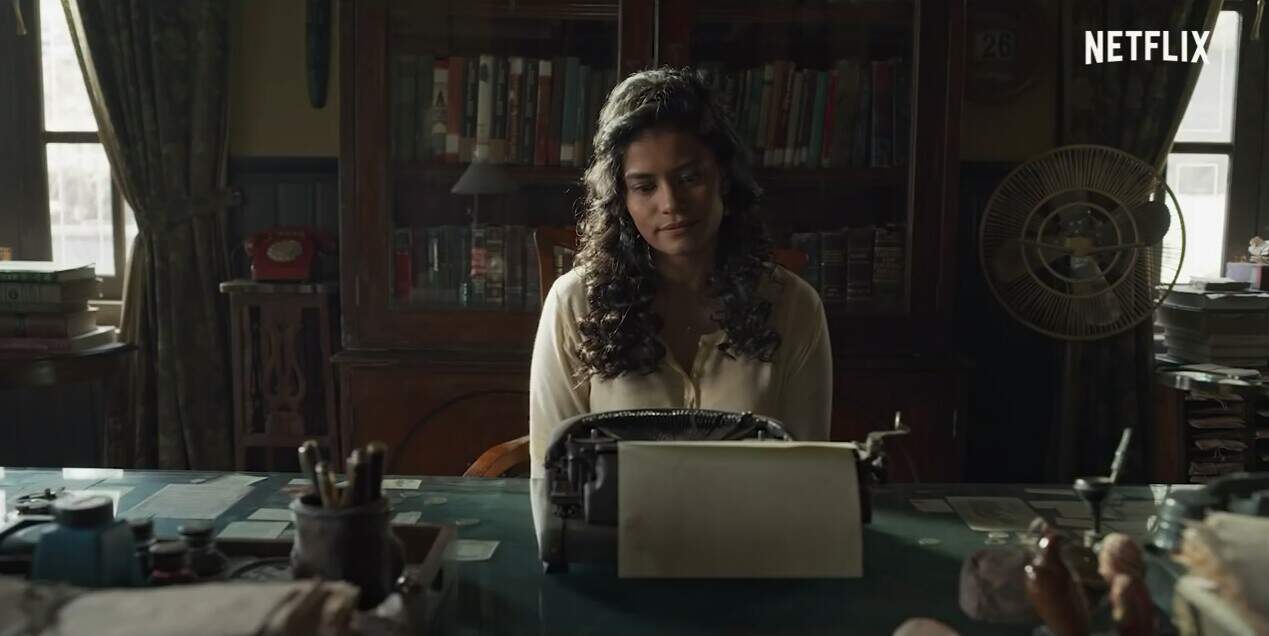 Netflix India has droped a trailer and teaser for “Typewriter” Sujoy Ghosh Next Original horror series. Which is the second horror series in Netflix India, After Ghoul which was released last year in Netflix. The teaser got a 15 seconds run time. The series is set in Goa that reveals the imagination of a group of wannabe ghost hunters. In addition to that, Netflix is currently working on various scales of production for further releases of originals in 2019.

The lead role of this series are played by Paulami Ghosh, Samir Kochar, and Purab Kohli and the ghost hunters roles are played by Arna Sharma, Aaryansh Malviya, Milkail Gandhi, and Palash Kamble.

The teaser is around 15 seconds, initially starting with the police officer’s investigation of series of unnatural deaths. The death seemed unnatural which is the whole mystery of this web series. At some point, the police officer finds one thing in common for every death happened. On a note to that common thing, the Bardezvilla is shown particularly in a dreadful angle. Then, the police officer gets panic and questions ‘How is that possible?’. Pertaining to that, the girl who is asleep awakes by the frightening noises around her room.

The Typewriter trailer is around 1:51 minutes, opens with a police officer’s investigating series of unnatural deaths. The death seemed unnatural which is the whole mystery of this web series. He then tells someone about the family that used to live in Bardez Villa, had a girl. At one point of time the kid finds that “When a person dies an unnatural death, the soul is trapped in between universes”. The trailer makes a lead to think that the girl used to live in Bardez Villa died unnaturally may be the ghost. It also gave a hint at the end that the ghost might be a woman.

The trailer shows that one of the kid among the three is more curious towards the ghost and that kid also find something about the ghost. At last the trailer ends with that kid. Lets see whether it’s a ghost story or a crime story.

Typewriter is said to be a series about a haunted house and book that makes up with the imagination of a group of young wannabe ghost hunters. Along with a dog, they are determined to arrest the ghost that tormented the dreadful villa in their neighborhood in Goa. When they planned to move into the haunted house, it was found difficult to balance the demands of school and personal work in an urge to capture their neighborhood ghost. At last, they decided to seize the ghost before feeling apprehensive about their living.