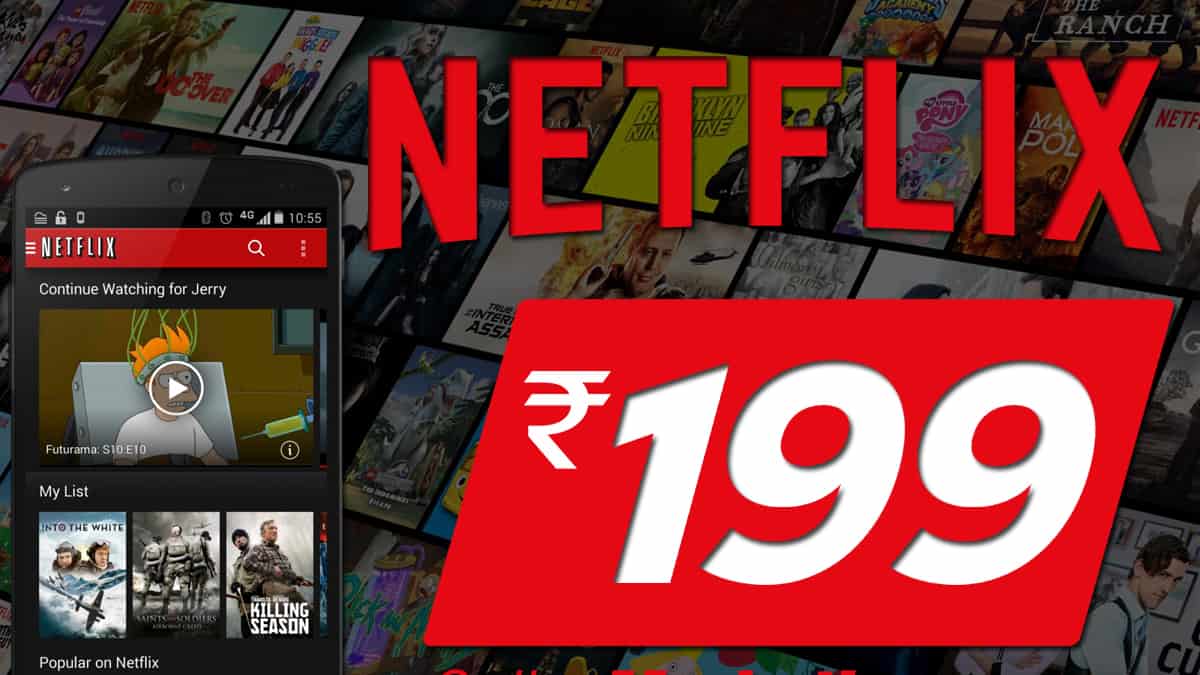 A plan to gain more subscribers

A new plan which stands as the better strategy to win the users in India. This is to bring many users to watch Netflix with its ultimately cheap cost of entry. Netflix is known well as they take their top place of all the streaming giants. To improve their growth to the next level, this low-priced mobile tier in the country(India) that costs only Rs199($2.8) per month is introduced by netflix. It stands as one of the strong competitors to other high priced services such as Disney, Amazon etc in the country.

Restrictions in the Rs199 plan

Netflix users with this mobile plan are restricted to the usage of this service to only one mobile allowing one concurrent stream with a standard deviation viewing of 480p. This new subscription tier from Netflix also restricted the ability to cast or mirror the content to a TV when users opt to have subscription on their tablets, computer or laptops.

A test with lower-priced subscription

It is said to be a kind of testing in India which was executed in many other Asian markets late last year. The trial period offered by Netflix was also a testing process for the weekly subscription plan where it no longer been pursued, said officials. The press conference took place in New Delhi, finally announced that this plan will not be expanded further to other regions.

Reason for Netflix to bring up the plan at cheaper cost

“Netflix had a good early start, but growth has become slower in the past six months” is the report added by mass Indian consumer market remains value-conscious, Mihir , VP of research firm media partners Asia. India has turned into an intense battleground for video streaming services on entertainment in recent years. Netflix is now competing with more than three-dozen local and international players in the country. Hotstar stands up as the top of all the video streaming giants with special tasks taken up with their focus on sports starring cricket live stream.

For now, there are less than two million users on Netflix in India. As per the recent report, 30% of estimated people in India spend their time in using smartphones and 70% of the mobile data is used solely for entertainment purposes. This plan could probably help them reach their target to obtain more subscriptions to four million at the end of 2019. This could surely happen if Netflix focuses on its content catalog to make it more appealing to Indians.