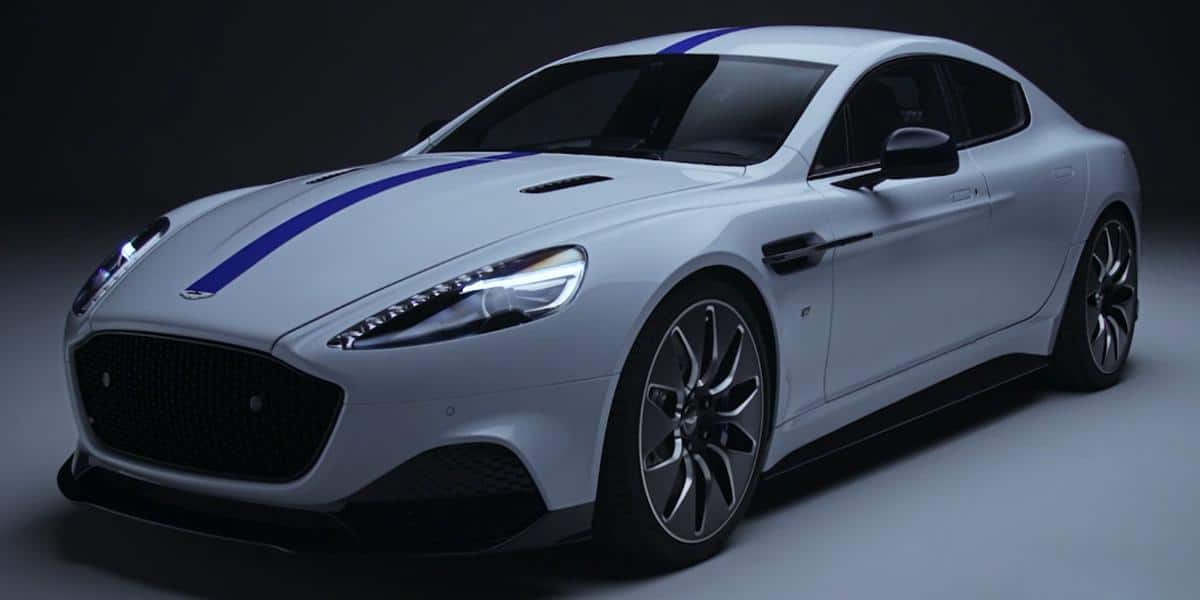 The Aston Martin revealed its production ready version of its first electric car Aston Martin Rapide E. The Rapide E, which is originally announced four years back. The Rapide E was debuted at the Shanghai Auto show on 16 April, 2019.

The Aston Martin Rapide E will be delivered to its customer later this year. It is significant, both as the first Aston EV and the first model to leave the brand new “Home of Electrification” production Facility in St Athan, Wales.

The car is powered by an 800-volt Electric architecture battery, encased by carbon fiber and Kevlar casting, with 65 KWh installed capacity using over 5600 lithium-ion 18650 format cylindrical cells. These are mounted in a bespoke battery pack, where the original 6.0 Litre V12, its gear box fuel tank was previously located.

This battery powers two rear mounted Electric Motor producing a combined target output of just over 612PS and a colossal 950 Nm of torque. Aston Martin Estimated that Rapide E will be able to travel Over 200 miles on a single charge. It can also be able to reach 155 miles/hr top speed. The E car reaches 0 to 60 miles/hr under 4 seconds. When Plugged into a High-speed charger, the car’s battery can be recharged at a rate of 310 miles of range per hour.

The car is equipped with a 10 inch digital instrument cluster. The center of the cluster will handle infotainment duties. The Ev supports both Apple Carplay and Android Auto.

On the outside the Rapide E is more similar to its IC engine version of the car. The Rapide didn’t get the full floor battery like any other Tesla model. But of most its batteries are mounted in the Engine and Gearbox section. It’s packed with large amount of batteries, which make it’s weigh around 4,717 pounds, which is 400 pounds higher than the IC engine version of the car.

The Aston Martin’s first electric car was supposed to hit road on 2018 and be made in greater volume. But LeEco pulled out of the joint venture in 2017 amid its own cash crunch. Aston Martin turned to formula one engineering house williams  to help bring up car market.

The Aston Martin Rapide E production is limited to 155 units in the village of St. Athan in south Wales. Above all the car can be pre-booked now at an undisclosed price.