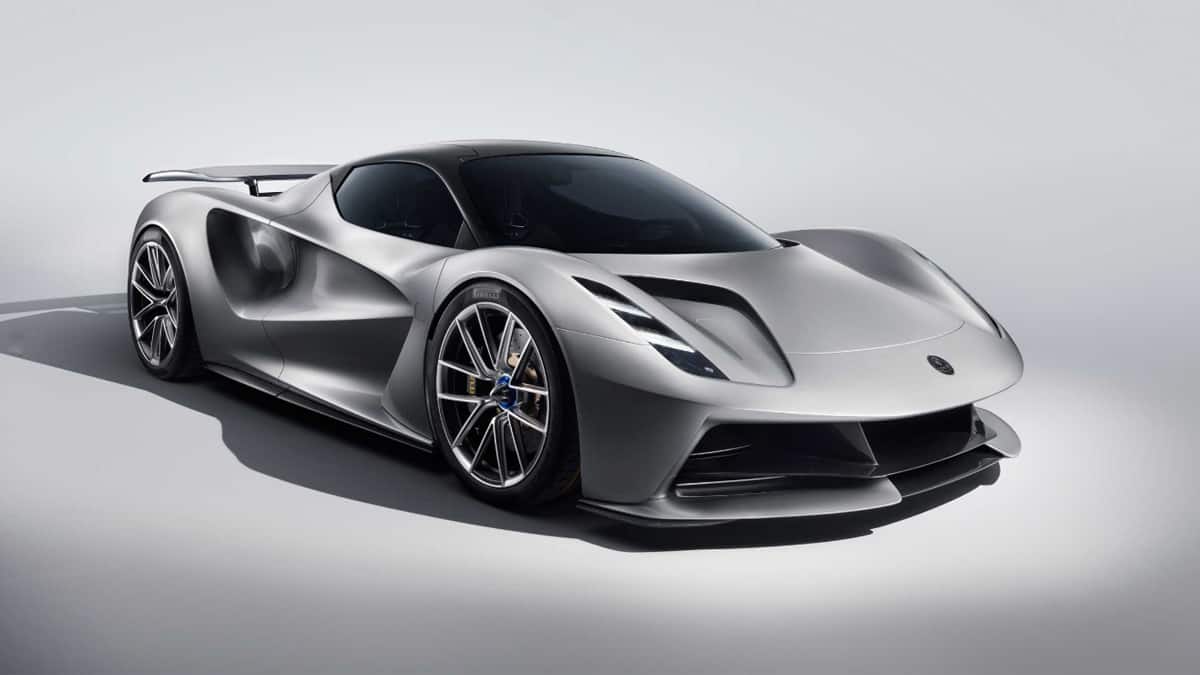 all Electric Hypercar “Evija” by Lotus

Lotus has revealed it first ever, all electric hypercar Evija in London 16th July. Evija is first car launched by lotus under the Geely, who also own Volvo and polestar. It is the carmaker’s first all-new model for more than a decade.

The name Evija means “the first in existence”. As the name tells us the story, how special is the car manufacturer to have in their lineup. As we can witness that the car is designed aggressively to show it as an efficient hyper car which can dominate track and tarmac. Similarly the design of the body panels intimates us about the efforts taken to sculpt an e-hyper car with maximum performance. Also the car’s design is focused mainly on reducing the weight and increasing the air flow to reduce drag. Above all the rear part of the car has a venture effect on both side near tail light area to create a free air flow structure.

Design director, Russell Carr, explains the creative process: “We studied how Le Mans race cars use air flow creatively to go over, under and around the vehicle, but also through it. This concept of ‘porosity’ is key feature to the Evija and has enabled us to create a timeless design with exceptional amounts of down force.”

The Lotus Evija get a 2000 KW mid mounted battery which will create output of 2000 hp. The Evija got all-wheel drive, at a torque peaking up to 1700Nm. Which allow it to speed-up to 0-100 km/h in less than 3 seconds, and 100-300 in less than 12 seconds and it can reach upto the top speed of 322km/h plus. The unmatchable performance from is hyper car is due to the usage of lightweight carbon-fiber monochrome frame which weighs only 1680kgs. The range of this supercool beast is 250 miles.

The British tycoon Williams Advanced Engineering, who’s also well known by its Formula 1 and Formula E participations has a bigger hand in this project with their experience and knowledge in formal racing. It helped lotus in developing the advanced electric powertrain systems of Evija. The battery pack supplies energy directly to four powerful e-motors of the car also Lotus claiming the system to be the lightest, most energy dense, electric power package fitted to a series production road car.

“Every element of the Evija has been meticulously analyzed and validated,” says Matt Windle, executive director of sports car engineering at Lotus.

The Evija joins the Lotus range which includes the Elise, Exige and Evora sports cars as the marque’s premium product. Production of Evija also known as Type 130 is limited to no more than 130 cars to maintain a sense of exclusivity and also to make sense of its code name. Production will begin next year at the company’s home manufacturing plant in Hethel near the historic city of Norwich, UK.

“The Evija will re-establish our brand in the hearts and minds of sports car fans and on the global automotive stage. It will also pave the way for further visionary models,” offers Lotus chief executive officer, Phil Popham, at the reveal.

Priced from £1.7m (roughly $2.1m plus duties and taxes), the Evija is a halo product for Lotus;