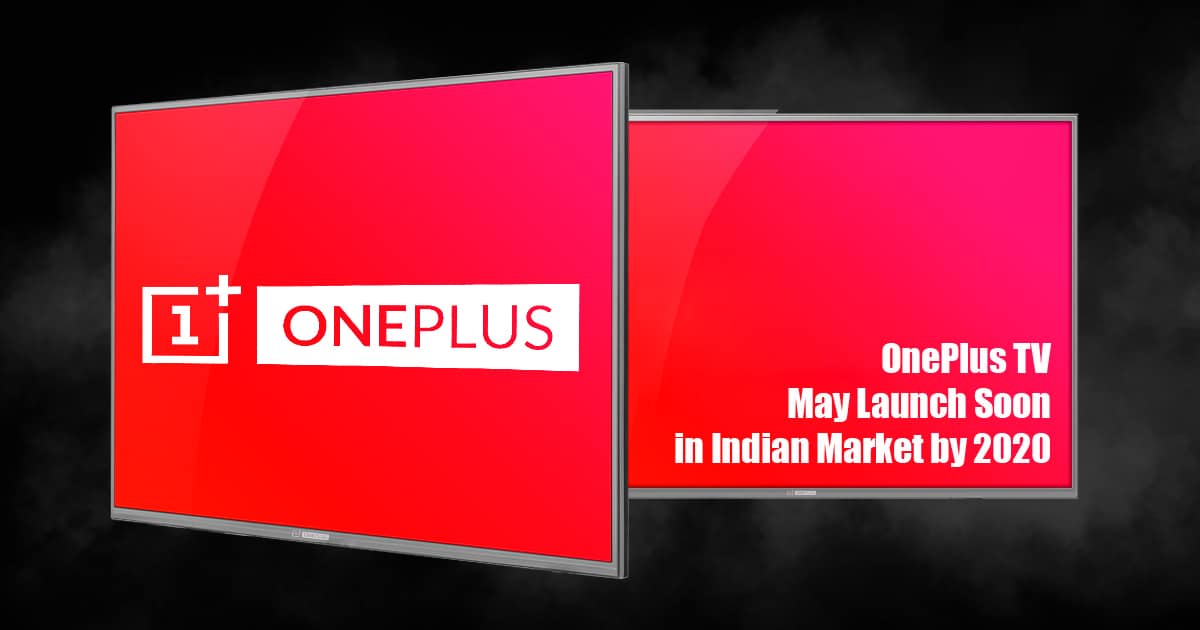 India is soon expected to be one of the best selling markets to get TV. OnePlus TV was announced by OnePlus founder and CEO on September last year, he also said that their smartphones has sold one million units of its new model OnePlus 6 in India within 22 days of its launch. Pete Lay was earlier vice-president of Oppo.

A recent tweet from Tipster Ishan Agarwal citing a person familiar with the development claimed that the OnePlus TV is all set to launch in india soon. However there is no official launch date revealed from OnePlus as well as there is no details about it price and features. But here is some of the things which we can expect.

OnePlus chose Oppo for manufacturing their latest smartphone. The BBK electronics is interestingly said to have the same parent for OnePlus, Oppo and Vivo. Further, OnePlus is noted as a sub-brand of oppo mobiles.

OnePlus CEO announced that it specifically ventures into smart TV business on September 2018. The distinguishing features of OnePlus launched its first flagship of OnePlus 7 pro on may 2019. Smart TVs are relied to give prominent justification as flagship killers.

By the mid of 2020, OnePlus TVs will be launched said the CEO and also he assured to be the flagship killers like OnePlus smartphones. There were many rumours and it is still a rumour with chances that this may not happen.

With the OnePlus TV, it is planning to give unique experiences on premium TV. Company is continually working on improving it. The smart TV may use LCD panel instead of using OLED panel which is commonly used in every other TVs. It uses Android TV operating system. It is widely expected to give better experience of Internet on smart TV. Considering the recent information given by the company, there’s no idea about the expected price. It is said that OnePlus will always offer products at cheaper prices where it stands as a challenge to the Xiaomi MI premium TV models in India. Pertaining to that, the future experience of smart home appliances will add up with this smart TV.