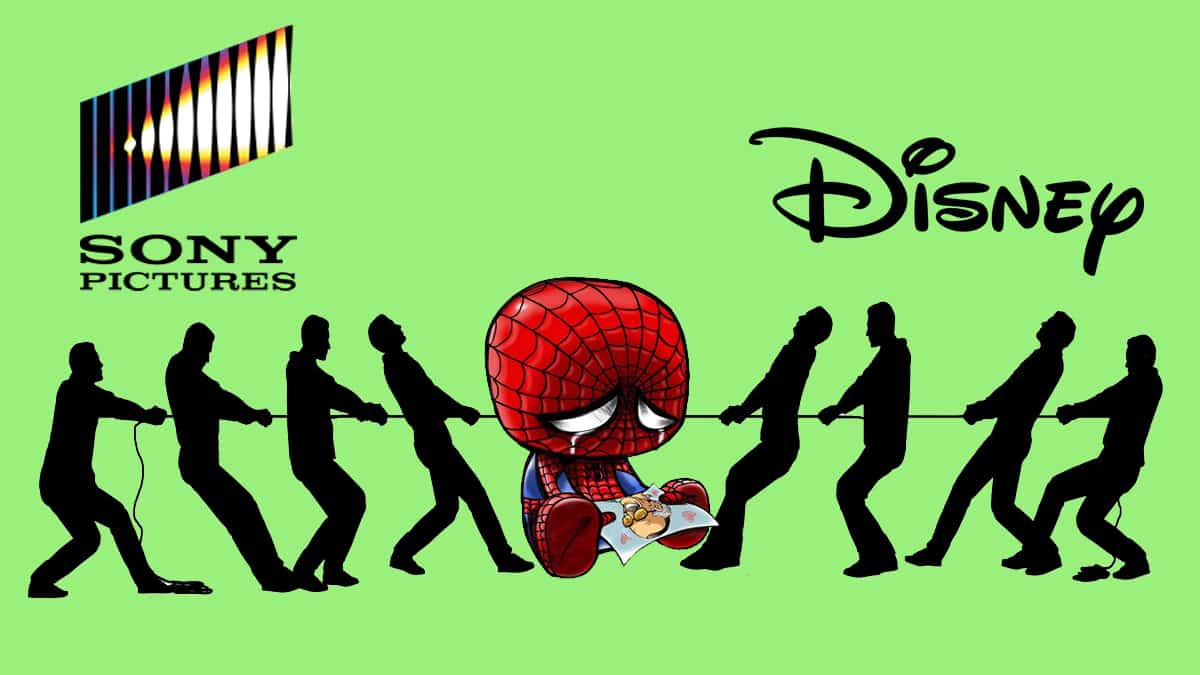 Anyone who uses the Internet can easily identify the row against Sony by Marvel and Spiderman fans. This row started in social media and internet because a deal proposed by Disney-Marvel to Sony failed. The issue started something like this, Disney offered to do a 50/50 co-financing deal going forward, as they put in half the budget and reap half of the rewards for Spider-Man films and Spider-Man universe films — meaning they would have controlling interest in the spin-off movies like Venom, thereby wresting control away from Sony.

Sony, on the other hand, wanted to retain the status quo and Disney getting 5% first-dollar gross on Spider-Man films in addition to merchandising rights. Both parties weren’t in a mood to accept it seems. So Sony rejected Disney’s offer and Disney reportedly rejected Sony’s compromises leading to hashtags like #BoycottSonypictures, #SaveSpidermanFromSony and #SpidermanBelongsInMCU.

Most of these arguments in Social Media are biased as fan blindly needs the friendly neighbourhood Spiderman in MCU along with other heroes like The Avengers, Captain Marvel, Black panther and future heroes who are yet to make a debut in MCU like Fantastic4, Deadpool and Wolverine. But the BackStage issues has also to be taken into account, and this is why I am here…..

Why? Because Tony Stark – Robert Downey Jr. and Peter Parker – Tom Holland chemistry was really a Show stealer with all there pop culture references and father – son’s arguments which both the fans and audience love and if Spidey moves to Sony then this chemistry is cheapen to the nth degree as Spidey won’t be able to acknowledge Tony’s existence and there father son dynamics will be shattered as there won’t be any Tony Stark there.

True there would be an Uncle Ben in Sony but after seeing this Duo, there shoes is a large one to fill. The story telling in MCU is a class of its own and we may not be able to see this quality Spidey movie if Sony has it, arguments can be made for Spiderman, Spider Man 2 (both by Sam Raimi) and Into The Spidey Verse – which is considered the best Spiderman movie. But in these cases Sony had taken a step back and lets the directors do their job. Sony’s involvement has led to the Disasters like Amazing Spiderman 2 and Spiderman 3 where the one dance sequence Peter – Tobey Maguire performed lead to the downfall of the whole franchise.

Sony tend to look forward in future for sequels than looking into the current movie. Mysterious and Vulture was a villain I never thought would make a big screen debut in a way there comic book counterpart deserved. Yet they did and were not a forgettable once but a villain who had audiences grieve when they were defeated. This couldn’t be told will be the case if Sony had all the responsibility, remember Topher Grace Venom?? Its best left forgotten!!! Sony tend to saturate Spiderman films with multiple villain making the villain’s backstory non-existence.

Sony is also trying to make films which returns in Money but not critic’s or fans pleasure, Case in point Venom, the Tom Hardy starrer was panned by critics but made a 850+million gross in world market. This won’t be the case if marvel had the rights cause Marvel tend to make films which are fan pleasing and love of making movies . The money factor in Marvel is always the 2nd preference. Or is it??

To be honest the only 1billion+ movie gross for Sony was Far From Home. The late Marvel Legend Stan Lee’s daughter Jonah Lee stands by Sony telling Disney has to be checked and balanced in their quest for overall control of Lee’s work which is true as Fox’s marvel world was purchased by Disney.

Sony was able to nab an Oscar for its movie Into the Spider Verse which the MCU the biggest franchise yet got only a nomination for Black Panther. Both are in different Genres yes, yet Oscar is an Oscar. Into The Spider Verse had the same problem of multiple villains yet they were able to juggle it in a way no one expected in an awesome positive way. Even Humour a trademark of MCU Movies can be also found recently in the Sony Marvel movies.

MCU can’t acknowledge a Spiderman only universe where only Spiderman and only his circle of heroes and villain can dominate, but Sony could. Sony can also be a hurdle to Disney as Disney tries to dominate the entertainment industry. Disney also have a shady tactics of earning with marvel and funding their own properties. Who thought of a Lion King or Dumbo or Jungle Book Live action movie?? Disney earns via marvel and other franchises like Pirates of the Caribbean to make live action movies of their original characters like Cinderella, Beauty and the Beast, Mulan, Dumbo, Bambi, Lady and the Tramp and so on…. A coincidence? Could be. A conspiracy theory?? Perhaps.

A little derailment there but Disney asking for 50-50 share is a selfish move as they earn a lot with their movies like Avengers Franchise and so on. Coincidently the 6 top grossing films of 2019 are a Disney produced or distributed movie except for Far from home which was distributed by Sony but produced by Disney – Marvel and Sony. To be honest Sony has another chance and deserves another chance to take a shot at a Spiderman movie

Spiderman in MCU or Sony fans love to see the movie, and my gut hopes he returns to MCU cause Tony Peter relationship is not something we can overcome overnight. I blame Disney in this split, hope Disney reverse the deal and goes with the original deal. We love Spiderman !!!!!!!!!!!!!