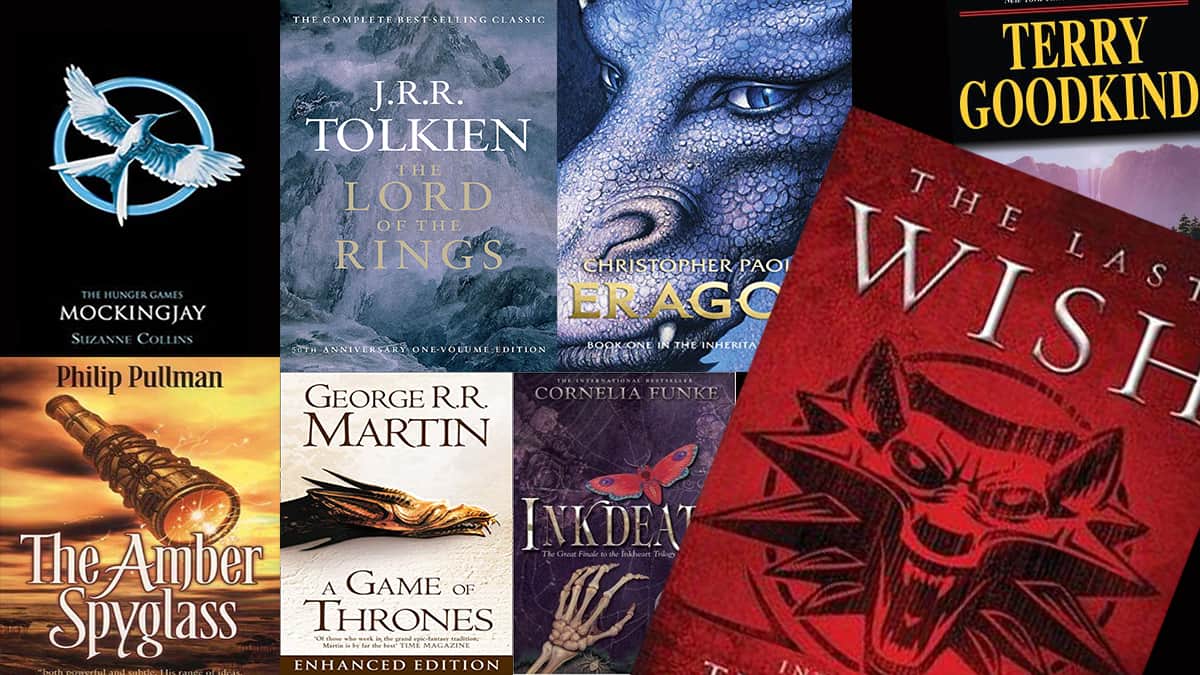 QUARANTINE READING LIST – Stuck at home within four walls and we have exhausted all forms of entertainment within day 5 of Quarantine. It may seem insensitive of us to speak about this, given the pandemic that is running a rampage through the planet. But let’s do what we do best- stay useless, that’s the most useful thing we can do at this moment. While some of us are running out of movies and series to watch, there sure will be a select group, running out of reading lists. Having re-read the entire library, now would be a great time to contemplate trying a new genre. How about trying fantasy adventures in stark contrast to your drab , stuck-in-one-place life…..

The finest of all fantasy adventures have been turned into movies. And a bookworm knows what happens to a book when it gets turned into a movie- it gets dissected and assassinated. Here is a list of evergreen fantasies that have been indeed turned into movies. If you have seen it as a movie and you read the book only now, I can understand your pain. That’s the burden of a proud bookworm. You are a Knight of the highest order.

A web series freak would recognise this book better as the infamous “The Witcher”. Geralt of Rivia is a legendary Witcher who hunts vile monsters and has his own set of morales and codes. There are eight books in the “Witcher” series. The first one ends with his meeting with Yennefer of Vengerberg, the violet-eyed sorceress as they fight off a djinn. The book goes back and forth in time, as Geralt embarks on various adventures taking down various monsters and meeting various people. Dandelion (Jaskier in the web-series) is a bard who accompanies Geralt and adds a sprinkle of humour to this otherwise darkly-set book.

It’s not always that girls get a work that defies classic stereotypes around which a female character is built. Katniss Everdeen, is a 16-year old girl who volunteers to take part in a ruthless killing game that is held as entertainment in a dystopian future of America. The book takes us through her survival in the Hunger Games, making friends and losing them, fighting feelings for Peeta Mellark, who is also in the game and hating the Capitol for hosting the games. The movie of the same title also exists,  quite an action movie that is.

Every fantasy reader obviously knows about this work. I mean come on, it’s already an extremely popular movie franchise. The six books in this series follow the journey of the hobbits, Frodo Baggins and his friends from the quaint Shire to the fires of Mordor , through lands of the elves and the dwarves. Frodo is entrusted with the task of destroying the One Ring that Sauron, a dark Lord wants possession of. A team is put together to help Frodo in this quest: the wizard, Gandalf; Boromir and Aragorn,the men; Legolas, the elf; and Gimli, the dwarf.It is the adventure of a lifetime!

The market for dragons went up with the climax of the web-series Game of Thrones. “Eragon” is the first of the four books in “The Inheritance Cycle” that takes you head-first into the world of dragons and riders and wars and sorcery.  Young Eragon gets his hands on a dragon egg which later hatches and grows up to be a huge dragon named Saphira who protects Eragon and helps him in a prophesied war. The four books follow him and his beautiful dragon on their adventures.

A set of OLD AND GOLD KOLLYWOOD movies to watch during this leisure time.

The Golden Compass is a less complicated version of the first book, “The Northern Lights”. The Amber Spyglass is the third one in the “His Dark Materials” trilogy. It is set in an alternate version of our world, but with witch clans and tribes of talking polar bears. 11 year old Lyra Belacqua gets drawn into a mysterious world as she sets out to rescue her abducted friend. She comes into the possession of a magical object, the alethiometer. The entire trilogy is complex, creative and mind-blowing.

It’s a spellbinding tale set in the human world. Mo has a magical gift that lets him bring anything that he reads into real life, but with a price. Things go wrong when Mo accidentally brings the bad guys out of a book called “Inkheart”. Mo and his daughter, Meggie are on the run from them. The book is a great mix of both things dark and good.

If you haven’t heard of “Game of Thrones”, there is no point in your existence. The TV series of the same name was hugely popular and was based on this book-series. It’s a bit of a drag-on but all the more, worth the time. It’s a tale of various people who want the Iron Throne, which would make them the ruler of the great Seven kingdoms. There is magic, love, deception, war, dragons, wisdom and politics. GRR Martin is yet to finish his series although the TV series was brought to a tragic end.

“Sword of Truth” has twenty-one novels in it and it’s a whirlwind of magic, romance and action. Twenty one novels may seem far-fetched but these fast-paced works are not disappointing. The books take us with Richard Cypher, the possessor of the Sword of Truth, Kahlan Amnell, the greatest Mother Confessor and a wizard, Zeddicus ZU’l Zorander on their quests to protect the realm.