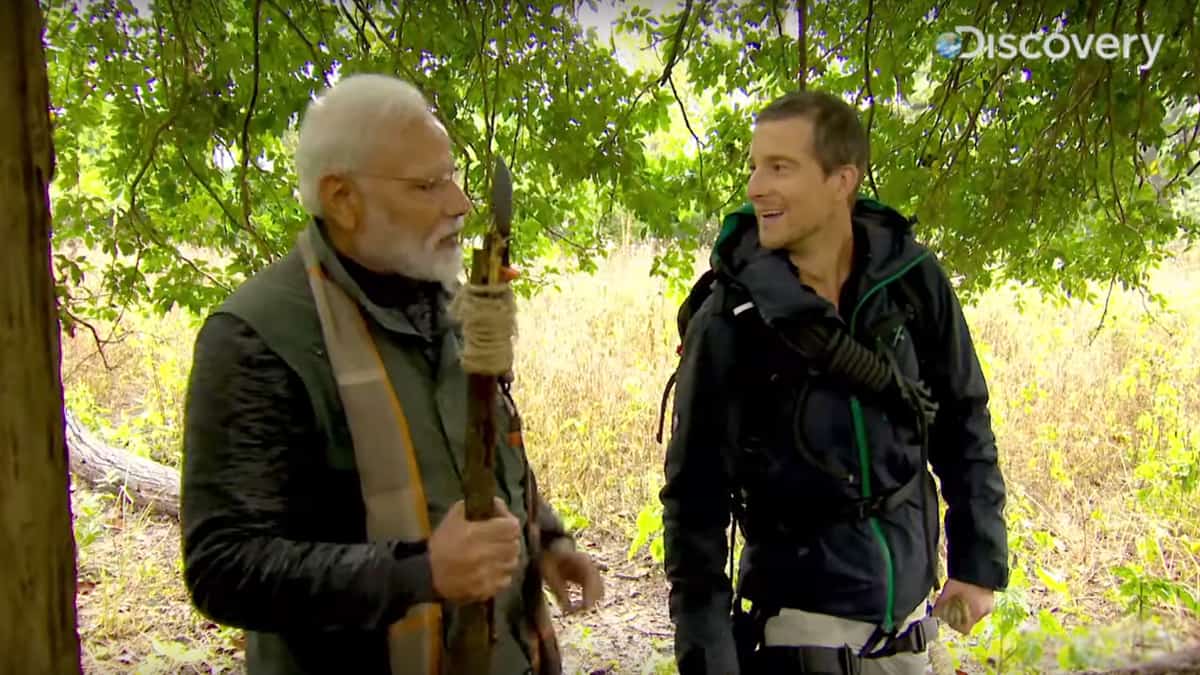 India’s prime minister Narendra Modi sets an attempt to create awareness about animal conservation and environmental change by featuring himself in the show “Man Vs Wild.”

The episode takes up Mr. Modi along with the most popular survivalist and biggest adventurer Edward Michael Grylls who is well known to people as Bear Grylls. This took place in Uttarkhand’s jin Corbett National park and solely depends on establishing the importance of wildlife protection.

On a concerned note about the show, PM Modi said, “For years, I have lived among nature in the mountains and the forests. These years have a lasting impact on my life. So, when I was asked about a special show focusing on life beyond politics and that too in the midst of nature I was intrigued to make part in it.”

“This show is a great opportunity to showcase the world India’s rich environmental heritage and stress on the importance of environment conservation and living in harmony with nature” added Modi.

Bear Grylls has hosted many deserving celebrities in the past such as former American president Barack Obama, actor Kate Winslet and Tennis star Roger Federer. “It is such a privilege to be taking Prime Minister Modi on an adventure into the Indian wilderness and I feel truly honoured to get to spend time with this remarkable world leader. The wild reminds us that we need each other and that together we are stronger. I am so excited to spend time with the PM and to get to know the man who leads this great nation.” said Bear Grylls.

As per 2006 census it was 1,411, then the 2010 census numbered to 1,706 while 2014 census stood up at the number 2,226. On Monday, PM Modi released the All India Tiger Estimation Report 2018, accordingly the present count of tigers sums upto 2,967. Lauding all the efforts by the government, we must be proud enough to say that “Today, we have nearly 3000 tigers where India stands as one of the biggest and most secure habitats” added Modi.