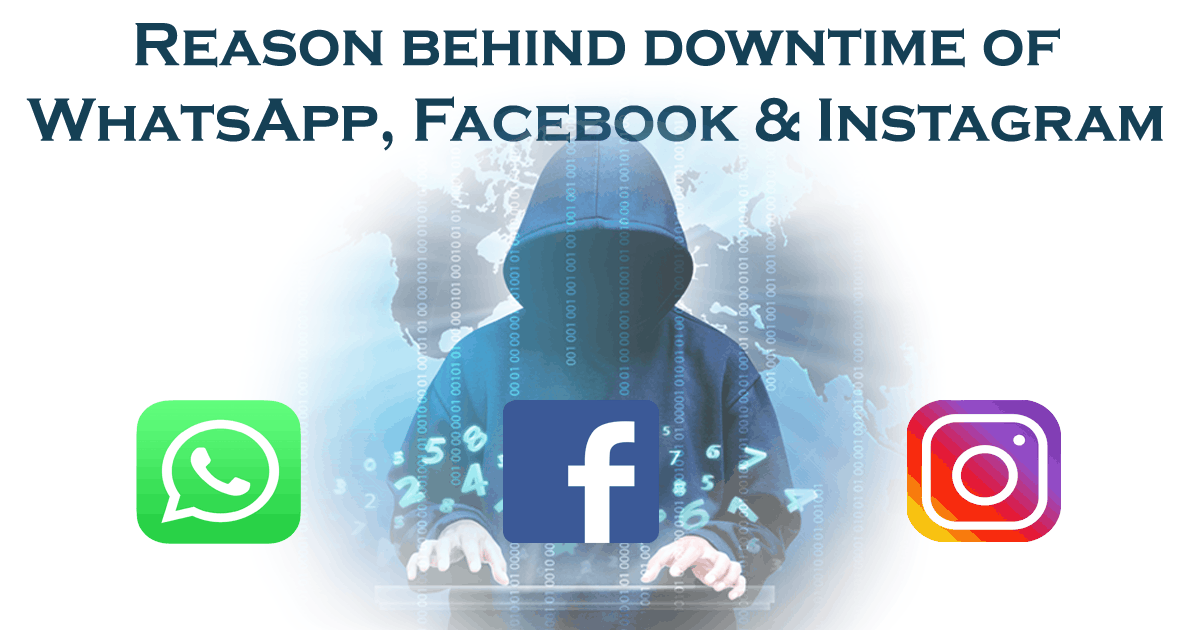 Instagram, Whatsapp and Facebook users faced issues with their accounts. The service outage of these social Medias seems to be a global one. The users across Europe, Asia and US are the most affected due to the service outage. Some features like whatsapp chats and Instagram stories have been seen working. Excluding the features such as uploading or downloading images, videos and other files, status, video calls seems to be unavailable.

At 8:30 pm IST Instagram, Whatsapp and Facebook completely became inactive for nearly one hour due to the service outage. But the features of whatsapp chat seem to work well at that time. Only because of the service outage of all these popular social media networks, Twitter got many active users tweeting with the hashtags of #Whatsappdown, #Instagramdown and #Facebookdown stating their issues. Meanwhile Twitter users also started tweeting memes with those activities. Adding to that, Hike messenger obtained many users instantly to download their app from playstore.

Facebook made an official tweet using their twitter handle stating that, “We’re aware that some people are having trouble uploading or sending images, videos and other files on our apps. We’re sorry for the trouble and are working to get things back to normal as quickly as possible”.

Facebook made an other tweet stating that, ” Earlier today, some people and businesses experienced trouble uploading or sending images, videos and other files on our apps and platforms. The issue has since been resolved and we should be back at 100% for everyone. We’re sorry for any inconvenience”.

Rumors on social media on What happened to Whatsapp.?

Many users and websites made their opinions on this issue. As usual, whatsapp users starts to forward messages as this is some hack by China corporate to the Malaysian whatsapp. It also added up with a rumor that, users must not try to open their voice record more than three times because the company can hack your IMEI and get into trouble. Many people still believes this rumors.

It’s not just Instagram, Whatsapp and Facebook went down. On July 2, major websites and their services benefited from Cloudflare too went down due to hosting-platform outage.

Cloudflare is an internet – hosting platform where it suffered from global outage on Tuesday morning. This has brought down enormous websites that completely rely on cloudflare network.

Infact, Flightradar is a site that tracks flights has went down and it has tweeted about their outage service.

A cryptocurrency service too faced this outage and it caused a minor panic by the portrayal of the bitcoin price. They also made a tweet on twitter stating their status.

Top 16 phones which emits more radiation will shock you