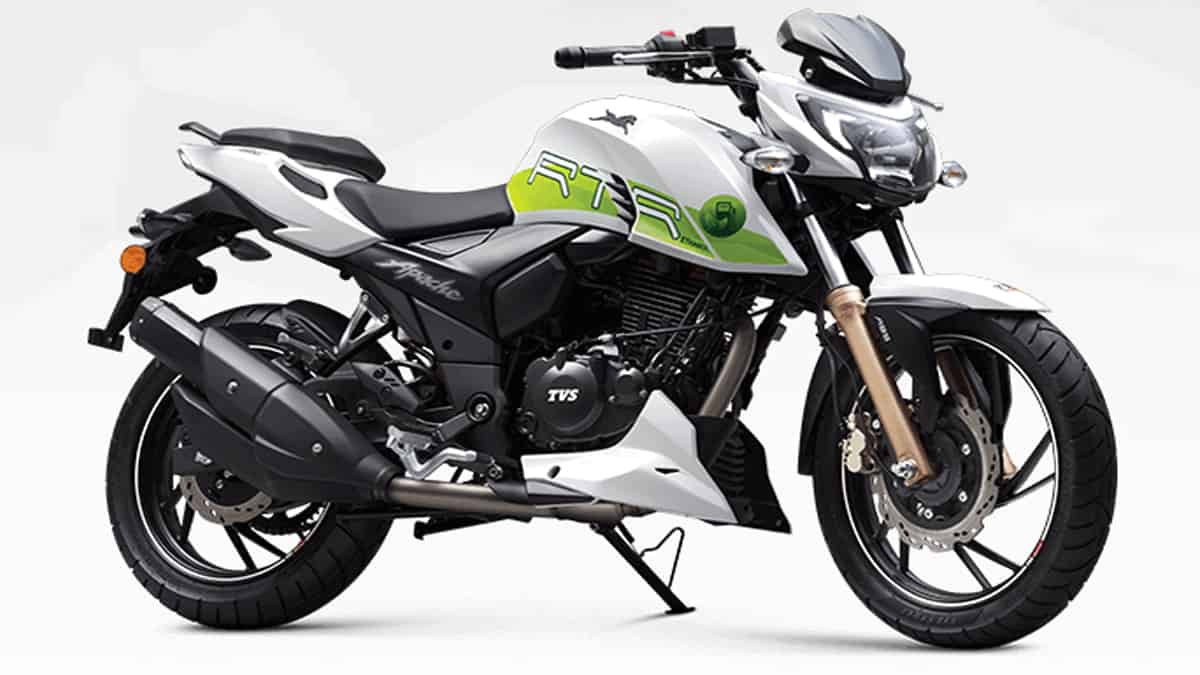 TVS Motors showcased its first production version of Ethanol based motorcycle. Apache RTR 200 Fi E100, which was first shown as a concept version in 2018 Auto Expo.

Ethanol is basically an oxygenated fuel blend of alcohol and gasoline which gives a higher octane number at lower costs and has cleaner combustion. It’s extracted from plant residue, such as sugarcane molasses and sorghum. Ethanol is significantly cleaner than fossil fuels. Using Ethanol as fuel reduce the emission of carbon monoxide up to 35% and there is significant reduction of emission level in sulphur dioxide and carbon particulate too. Usage of Ethanol may be an alternator way for using fossil fuel to reduce pollution.

TVS Apache 200 Fi E100 with a single cylinder 200cc oil cooled engine has a power output of 20.7 bhp at 8500 Rpm, and peak torque of 18.1 Nm at 7000 Rpm. TVS claims the bike has top speed of 129 kmph. The ethanol powered engine got a fuel injection with twin-spray-twin-port system. That ensure better power delivery burning cleaner and emitting up to 50% less Benzene and Butadiene gases.

The bike launched in India at a price range of rupees 1.2 lakhs (ex-showroom). The bike will be initially launch in Maharashtra, Uttar Pradesh and Karnataka. The Ethanol variant bike seem similarly to petrol variant in terms of visual look and design.