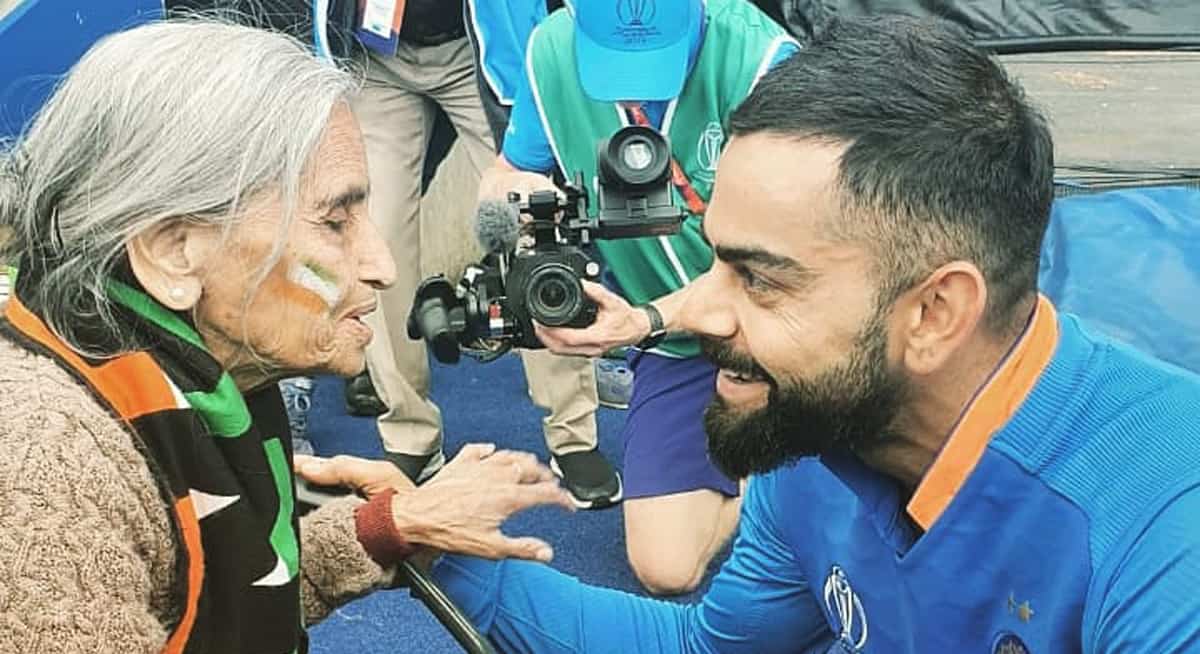 Indian team marked themselves to be a part in semi-finals of the ICC world cup 2019 with a 28-run win over Bangladesh at Edgbaston on Tuesday. Initially, India won the toss and chose to bat first. Rohit sharma hits his fourth century of the CWC 2019. He is the first Indian cricketer in the history to hit four centuries in ICC WC 2019.

The world’s best bowler Jasprit Bumrah made his excellence in bowling with four wickets against Bangladesh. He is the most iconic player in the Indian team.

Bangladesh was all out in 48th over with 286 runs starring Shakib Al Hasan as the best all rounder in the International cricket. He is consistent all through the matches as an all rounder. Bangladesh still has a mild Chance to enter into semis.

During the match, an 87- year old lady named Charulata Patel was enthusiastically celebrating the boundaries of Indian team and wickets of the opponent team Bangladesh. After the massive win to qualify for semi-finals. Rohit and kohli were noticed to seek blessings from Charulata Patel for winning further matches. They shared a special moment with one of the Indian fans at Edgbaston.

After match Virat Kohli, Indian team captain also made a tweet sharing the pictures of their interaction and praising her dedication.

Also would like to thank all our fans for all the love & support & especially Charulata Patel ji. She’s 87 and probably one of the most passionate & dedicated fans I’ve ever seen. Age is just a number, passion takes you leaps & bounds. With her blessings, on to the next one. 🙏🏼😇 pic.twitter.com/XHII8zw1F2

After match Mr Mahindra who is also impressed by Ms Charulata Patel enthusiasm has made a tweet pricing the match winning lady, stating that “make sure the presence of match-winning lady at the semifinals and finals, and offer her a free ticket”.

Ok, watched the last over & it had all the drama I needed. The best victories are those that make you bite your nails at 1st & then make it look easy in the end. Shabash, India & make sure this match-winning lady is present at the semifinals & finals…give her a free ticket! https://t.co/Smp0MrqCIA

Find out who she is & I promise I will reimburse her ticket costs for the rest of the India matches!😊 https://t.co/dvRHLwtX2b

Bad news for these iPhone, iPad and iwatch user