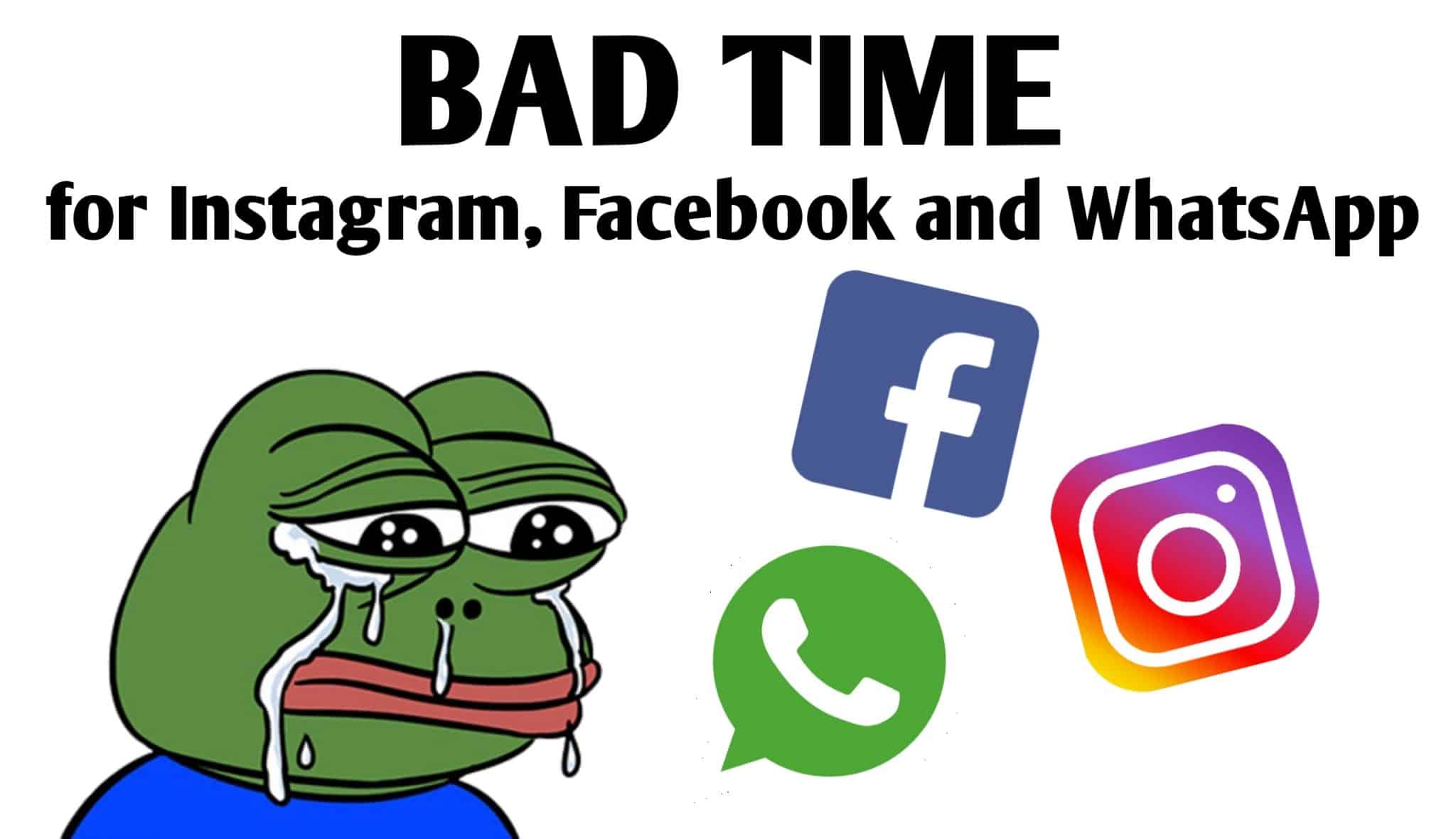 Today a few hours before a lot of Instagram, Whatsapp and Facebook users started facing issue in downloading contents and viewing other status. Currently many users across world are facing the same issue.

This happened just after the beta version of whatsapp is released on the playstore. So the beta version users faced this issue first, after that the issues started to spread to other users.

Only text chat is working with whatsapp, probably the end-to-end encryption may be the reason. Other than that no other service including stickers, emojis and video calls are not working. Even business accounts of these apps are facing the same problem.

Is it a server a server maintenance…?

As we all know that Instagram, Whatsapp and Facebook are owned by a single parent company facebook. So we can guess that there is something wrong with the facebook server which powers the other two service.

According to down detector, an independent website to monitor the down time of whatsapp, Lot of users across Europe and Asia are facing this issue.

Who got benefit with this…?

With this issues faced by lot of peoples around worldwide. Twitter and Hike benefited with increased users activities.

While twitter filled with hashtags. Hike benefited with increased user downloads from playstore.

Cloudflare is an internet – hosting platform where it suffered from global outage on Tuesday morning. This has brought down enormous websites that completely rely on cloudflare network.

Infact, Flightradar is a site that tracks flights has went down and it has tweeted about their outage service.

A cryptocurrency service has faced this outage and it caused a minor panic by the portrayal of the bitcoin price.

Me turning my wifi on and off 25 times in a row and suddenly opens twitter and realized… ohh! stop blaming your wifi Everytime😂🤣🤣🤣 #instagramdown #WhatsAppDown #facebookdown pic.twitter.com/s4KmaARNFm

Bad news for these iPhone, iPad and iwatch user