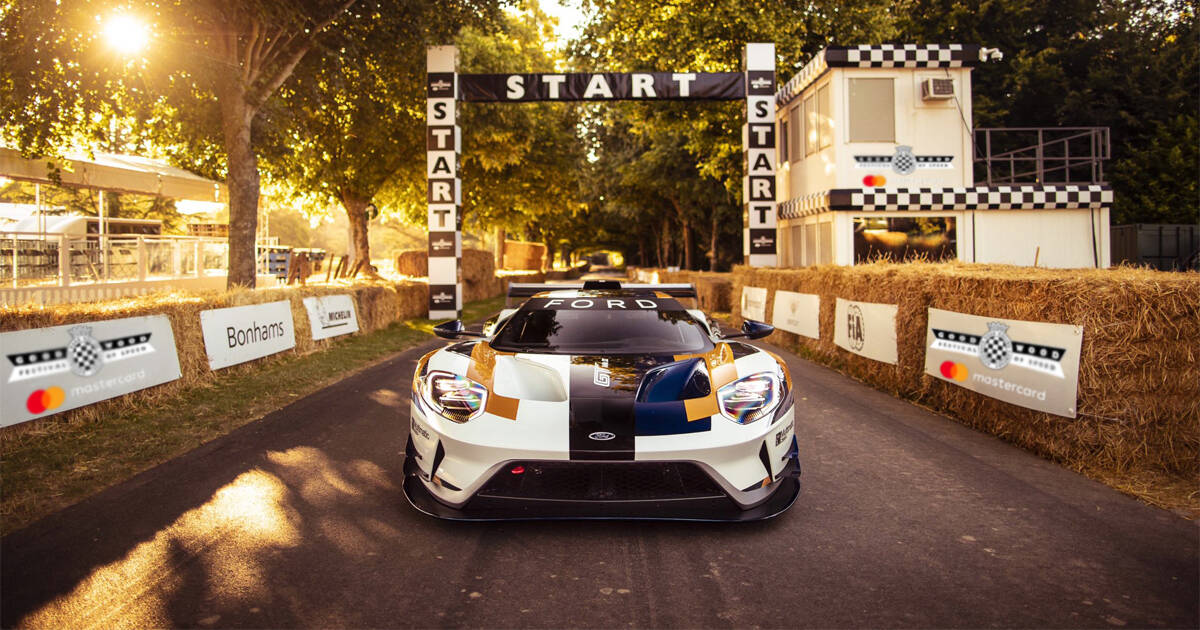 The Goodwood FOS (Festival of Speed) is an annual motoring festival featuring historic motor racing vehicles. Which held in the grounds of Goodwood, England during late June or early July every year. To avoid clash with the Formula One and rally seasons, the time period of the event have been scheduled. This strategy brings more audience to this festival to witness the fastest cars buzzing all over the Goodwoods. Currently, the festival takes place for a period of four days which constitutes of various events of different kinds.

Lord March found the “Goodwood Festival of Speed” in 1993.
Lord March is known as the President of British Automobile Racing Club, Patron of the TT Riders Association and an honorary member of the British Racing Drivers Club, the Guild of Motoring Writers, and also the 500 Owners Club.

Goodwood is well known location that is steeped in British motor racing history. Lord March desired to bring back motor racing to Goodwood Circuit but he didn’t have the necessary permit to host the race. Therefore, he came up with the decision of hosting the race in his own grounds. With a small number of participants made up of invited historic vehicles, the first event that took place on Sunday 13 June 1993 was proved to be a success. Lord March ensured that the event would never clash with either Le Mans or Formula One races. In year 1994, Saturday was included making it a weekend event. Later In 1996, Friday also added. In 2010, Thursday the Moving Motor Show was introduced. Thus, making it as a four day show including Sunday.

Blacksmith B2 may launch soon in Indian market

The Hill climb event is the one of most famous event in this festival. The accommodation of the visitors and audience were along the side of the track. The track has an elevation change of 92.7 metres, for an average gradient of 4.9%. In 1999 Nick Heidfeld set the first lap record time on hillclimb who drove a McLaren MP4/13 Formula One car up the hill in 41.6 seconds (100.385 mph (161.554 km/h)). Only by this year, the record was broken by Romain Dumas in the electric Volkswagen I.D.R clocking in at 39.09 seconds.

Starting from 2000 to 2004, this was a downhill race for gravity-powered cars. Starting from just below the hill-climb finish line, to a finish line in front of the house. It was then restarted again in 2013.

From 2005 to the present date, forest rally is conducted. There is a separate demonstration area for the rally cars at the top of the hill. Then, in 2005, the track through the forest was widened and in 2006, a full forest stage was introduced which was designed by Hannu mikkola. This was a complete circuit with a separate start and finish line at the top of the wood.

It’s a specially designed event for supercar models. It started from the year 2000 and from 2014, cars could opt to do a timed run on the track of Goodwoods. It is now made common to all speciality car manufacturers to show off their latest sports model including the newly released mass-produced sports models and also working concept models.

It is an auto show which takes place to the west of the house. Entry is usually by invitation, and this provides a feasible way and choices for the types of vehicle entry. The Cartier Style et Luxe is generally judged by a panel of selected judges, consisting of celebrities around the world to car designers.

Since 2010, The Moving Motor Show had been added. Due to the cancellation of the famous British International Motor Show aimed exclusively for potential buyers of new cars, allowing them to test the cars on the course. The return of MMS was announced in 2011, following the successful feedbacks.It is still a part of Goodwood festival of speed.

Intel sells its smartphone modem business to Apple for $1 billion